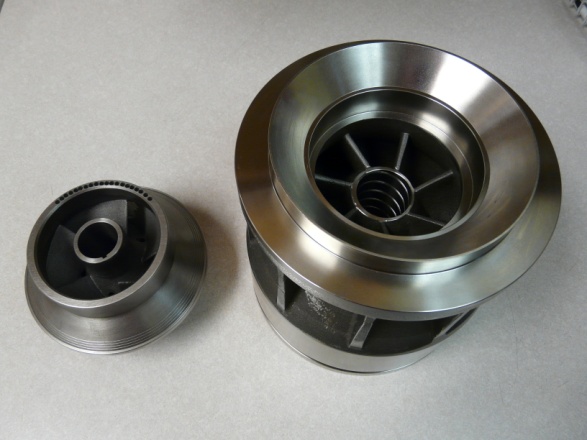 Boriding, or Boronizing, is a thermo-chemical surface hardening process used to improve the life and performance of metal components. The process is used to strengthen resistance to corrosion and abrasive wear, decrease coefficient of friction, and, of course, greatly increase surface hardness.

The Boriding process involves the use of specially formulated boron-yielding material heated to temperatures between 1300 and 1830°F. Boron atoms diffuse into the substrate, forming very hard borides within the surface of the material.

The boron diffusion process consists of two separate reactions. The first reaction is a slow process between the boron and the material that produces a very hard, thin boride layer at the surface. The second reaction involves the diffusion of boron further into the substrate at a much quicker rate. 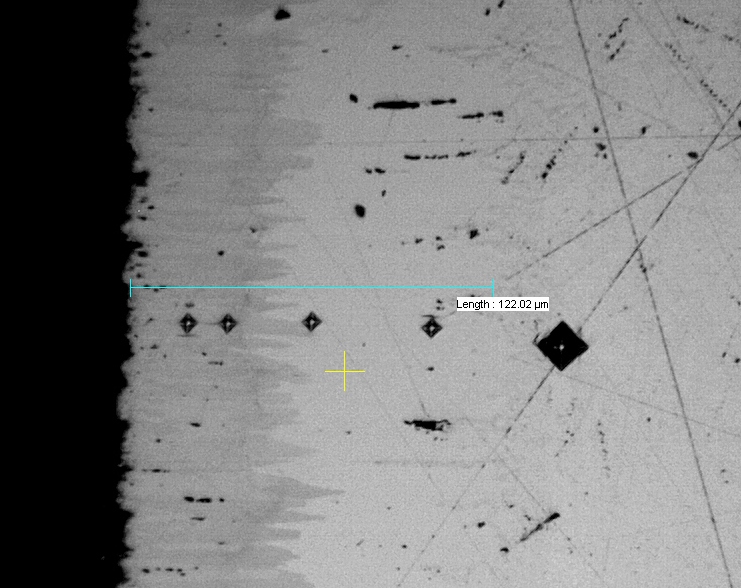 The thickness of the boride layers varies with respect to temperature, treating time, and material. The FeB and Fe2B layers will typically have hardness readings of 1700 - 1900 HV and 1400 - 1600 HV respectively with a total depth .0005” - .020”. The FeB layer, while harder, is more brittle and more prone to fracture upon impact. IBC has developed the technology to produce a single phase Fe2B layer that is tougher and more resistant to impact.

Materials that generally can be borided include low and medium carbon steels, tool steels, stainless steels, Ni-base alloys, and tungsten carbide alloys. Boriding is typically used to improve abrasion resistance, corrosion resistance, wear resistance, oxidation resistance, and eliminate galling in the oil & gas, refinery, chemical extraction, automotive, agricultural, stamping, textile, extrusion, and injection molding industries. Examples of applications to which IBC boriding technology has been applied in the past include pumps, valves, and impellers. IBC has developed unique formulations and processes that allow us to produce Deep Case Boriding (DHB-DC) for extremely heavy abrasion and erosion resistance applications in the oil, mining, and agricultural industries.